Stop the Insanity:  5 Tips to End Stress with Your Ex

Thank you for stopping by and reading my story.

I share this story with you, not because I like talking about myself but because I want you to know that if I can heal my relationships, so can you!!

In fact, just to be clear, it is very uncomfortable for me to talk about myself. You see, I never craved the public eye or that kind of attention. But when I constantly hear stories about people suffering in their relationships, particularly with their ex-husband or wife or their children, I feel I must offer hope. For me it is no less than a miracle that I was able to create my extra-ordinary family life and I want you to have the same result.

Marriage No. 1: My ex, Andrew* and I were childhood sweethearts and we were each other’s first love. 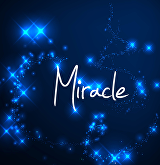 I wanted nothing more than to marry Andrew, support him with a successful business and be a stay at home wife and mother. And it looked like my dreams were coming true when we had our fairytale wedding at age 23. But soon the fairytale became a horror story as things between us began to unravel!

Shortly after our daughter was born, Andrew dropped a bomb on me- he was not happy in the relationship. We spent the next many months trying to make it work by going to marriage counseling when I discovered the truth- he had an affair while I was pregnant and was in love with someone else!! I was in agony and uncertainty about our future. Here I was alone with a new infant and all my dreams shattered! I felt abandoned, angry and resentful and scared! After the initial devastation and the dust settled, we tried for a few months to see if we could salvage it, but it soon became clear to me that our marriage was over, so Andrew and I decided to end it.  He moved on with the woman he had an affair with.

Devastated, I knew I had two choices, I could let this destroy me and be bitter and angry the rest of my life or I had to push myself far beyond my comfort zone- into territories within myself I never wanted to explore- and find a way to give my daughter and myself the life we deserved. I had no idea how to do this so I started taking classes and received coaching in transformational programs. Through coaching, I learned how to create a new way for us to be a family and work things out with my ex and his new partner, Elizabeth.* We soon became a completely unconventional family, what I now call extra-ordinary!

Because our daughter was just a baby and needed to be with me, Andrew spent several nights a week at my house to be close to her. Andrew continued to be supportive of me and even took some transformational programs too. When our daughter grew older, we sold our house and purchased two homes in a different neighbourhood.  Andrew even helped me move in to my home. We had keys to each other’s houses, if our daughter was sick we would spend the night at the other’s house to be close to her and we had an extremely flexible custody schedule. If one of us needed help during the other’s time we helped each other out no problem! Elizabeth and I also made our peace and even my family accepted her as part of our daughter’s life. We even invited her to family events.

Marriage No. 2- I met John* at a leadership program.

It was so refreshing because through the program, John already knew about my story, and me so when we started dating we very quickly became serious and soon decided to get married. John and Andrew became friendly and cordial with each other too. We would often have dinners the four of us. As time went by, John and I had children of our own and Elizabeth and Andrew had their own children, our extended families- kids and all- would travel and vacation together. A few years into our marriage, John received a job offer in another province.  I was against the move because I did not want to separate my oldest daughter from her father but I wanted to be supportive so John and I began a commuter relationship. This lasted a few years and during this time I became pregnant with our first child.

We made this work for a while longer, he’d travel home for 10 days a month and our daughter and I would fly there for 10 days a month.  When our son was born, I stopped traveling so we were together less.  Eventually John changed jobs but still lived in another city during the week.   It was like déjà vu all over again! Here I was alone with now two young children and a husband who had moved out. Although at least this time John wanted me to move to join him!  But I was still not willing to separate my oldest daughter from her father. But then the floor dropped out of this marriage too!

My self-esteem and self-confidence plummeted and I was devastated! Although this divorce felt similar in many ways, I felt alone and abandoned again, however there were differences as well. John was ex-military and had an MBA. His authoritarian mannerism and educational background were very intimidating to me. He was gone in another city and I was scared I may not be able to manage the house and the finances on my own. I had started home schooling the kids and he disagreed with that decision. He was over 200 miles away and we did not agree on key issues about the children.  I felt like I was on my own with the kids. When we did talk, his strong personality and opinions caused me extreme stress. I would feel fear, dread and anxiety every time I had to talk to him. When he would come to visit the kids I would literally get sick. Meanwhile the divorce was not easy on the kids. With their dad far away and my own extreme stress level they had anxiety too. Plus they are non-conventional kids and did not respond well to traditional parenting. For years we had fighting, yelling and chaos in the home. 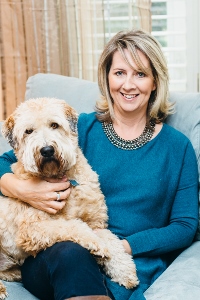 My life had once again fallen apart and my dream of a conventional married life and happily ever after shattered. But still I was determined to not fall into the trap of bitterness, fear and insecurity.  I turned again to coaching and training. Using the tools I learned through Choice Theory Psychology I transformed my relationship with my ex and my children. I discovered my boundaries so if I felt criticized by him I learned how to handle it, I discovered communication tools so that I could discuss child support and finances in a way that felt good to me. We are able to talk about our children’s education with more comfort and ease. I even built him a bedroom in the basement of my house so he could stay here when he visited the kids and they love that! And I love it because I get “me time” without disrupting the kids life! John and I have grown closer and I know that he will show up for me and meet my expectations because I am able to treat him with respect. Because of my new way of being, he treats me with kindness and respect as well. To this day, Andrew is like a friend and brother to me and I call him sometimes just for friendship and emotional support. Although we are not married or in love with each other, we are family.

My children and I have wonderful relationships. My twenty year-old daughter and I are extremely close. She says she can tell me anything and she even asks for coaching now! I know she will not pick up my relationship patterns because she’s learning to set boundaries with people in her life and to be confident and strong instead of scared or intimidated by others who have more dominant personalities than her. My 12 and 10 year-old children with my second husband have more empathy, less anxiety and they are much happier. We don’t have chaos and yelling and screaming in the house as we did in the past. Today we have agreements as opposed to a lot of rules.  We have more respect in our home as I respect them as human’s not just children.  I find this to be true… The greatest influence we have with our kids of all ages is connection. The more connected we are by using better communication skills and habits, the more influence we have. Today, I’m a trained CTI (Coaches Training Institute) coach and completing my InsideOut Certification through The Academy of Choice based on Choice Theory Psychology. If you are struggling with your relationships, have conflict with your ex-husband, chaos at home with your children, or have any significant relationship in your life causing you stress- please reach out to me!!

It doesn’t have to be this way.

No matter what your situation – you too can transform your relationship into an extraordinary relationship!

Click here to set up a Free Breakthrough Session (where you will get your personalized plan and next steps for these amazing results) with me today.